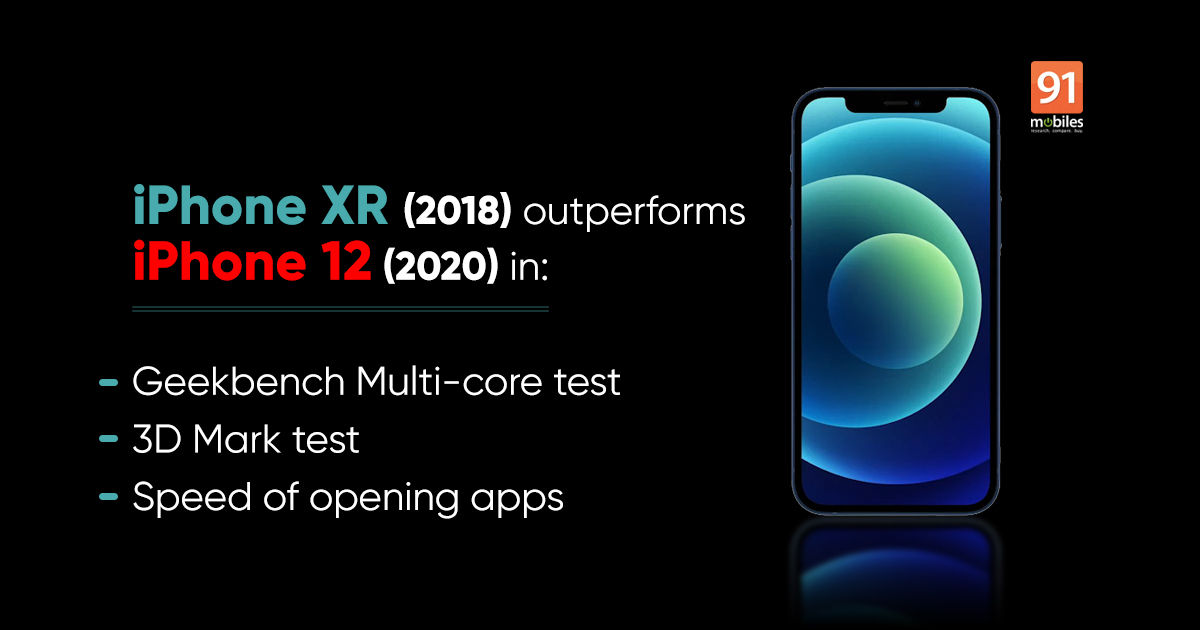 The iOS 14.5.1 software update is now rolling to all eligible iPhones worldwide. The update is mostly incremental, but adds one new feature, the ability to pair your device with AirTag. However, an unintended consequence appears to be a massive performance boost to the ageing iPhone XR. YouTuber Nick Ackermann pitted the iPhone 12, iPhone 11, and iPhone XR against each other, all running the same version of iOS. One would expect the iPhone 12 to lead the pack, considering that it packs the newest hardware. However, the iPhone XR managed to beat it across the board in a wide range of tests- both synthetic and real-world. The attached video should give you a better idea of the test methodology.

Nick started with some fairly basic tasks, such as loading up a few apps. While the iPhone XR was only marginally ahead of the iPhone 12 in most instances, the iPhone 11 seemed to lag quite a lot. The iPhone XR even managed to score 2,435 on Geekbench’s multi-core test, which is a smidge higher than the iPhone 12’s 2,399. This shouldn’t be very surprising, both chips, after all, ship with a total of six CPU cores. However, the newer iPhone manages to keep its lead in the single-core department. The iPhone 11, on the other hand, performs quite abysmally.

There is good cause for iPhone XR owners to celebrate, as their somewhat obsolete smartphones are still relevant. This also highlights one often-neglected aspect of smartphones- software optimizations. Very often, people are swayed by the allure of large numbers on a spec sheet, when in reality, it is not fully indicative of how a smartphone will perform in the real world. The iPhone XR here is an excellent example of how well-optimised software can revitalize an old smartphone, and that you don’t always need the latest and greatest hardware to stay ahead of the game.

the new rumor that should worry Nintendo?