Apple has filed a very interesting patent that would allow the AirPods to be loaded directly into its phone. This is a case that can accommodate the headphones, but also charge them using the iPhone battery. 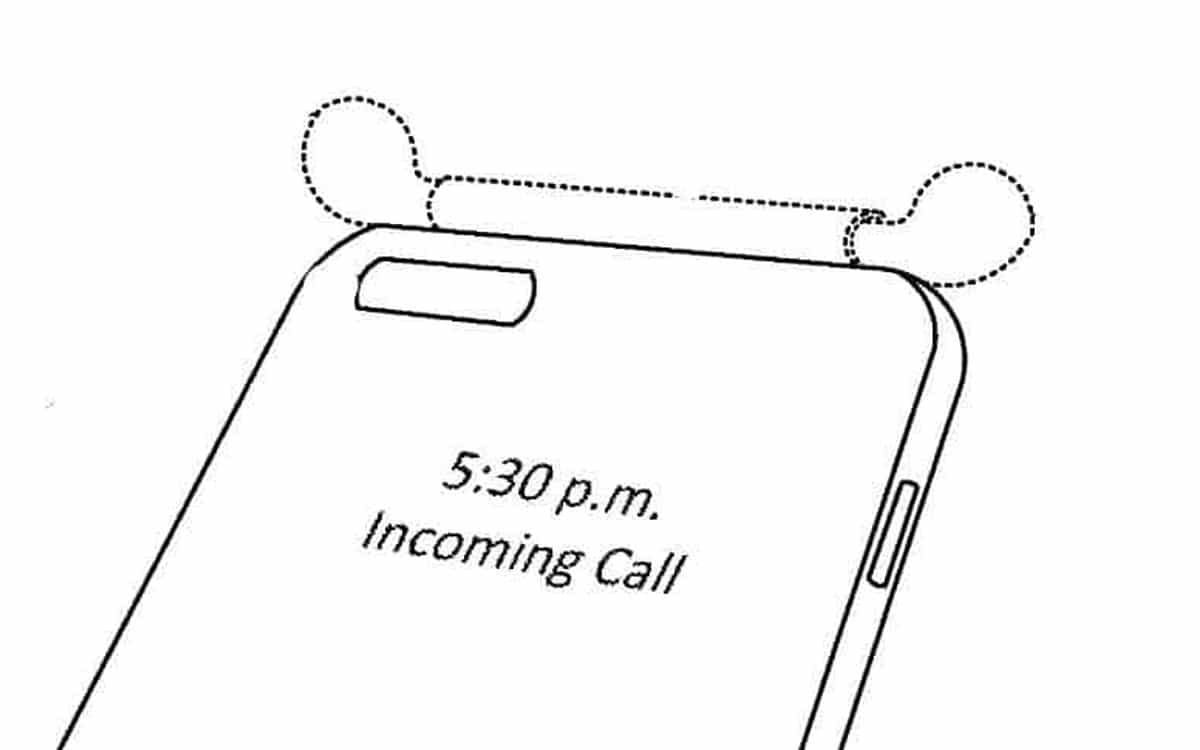 Will we be able to leave the dedicated AirPods case at home soon? Apple is currently working on a way to embed the small wireless headphones directly on the smartphone. It would go through the use of a special shell, as this new patent reveals.

It was filed by the Cupertino brand with the USPTO, the American office dedicated to patent filings. We can see an interesting hull there. It can indeed accommodate two AirPods in order to no longer use the dedicated box. In the diagrams presented, we see that the headphones are placed at the top of the phone in a location provided, or directly on the removable front of the shell. The patent specifies that this shell would charge “accessories” using the iPhone battery. However, only Airpods are shown here. The brand also indicates that the accessories will be able to communicate with the smartphone using NFC. 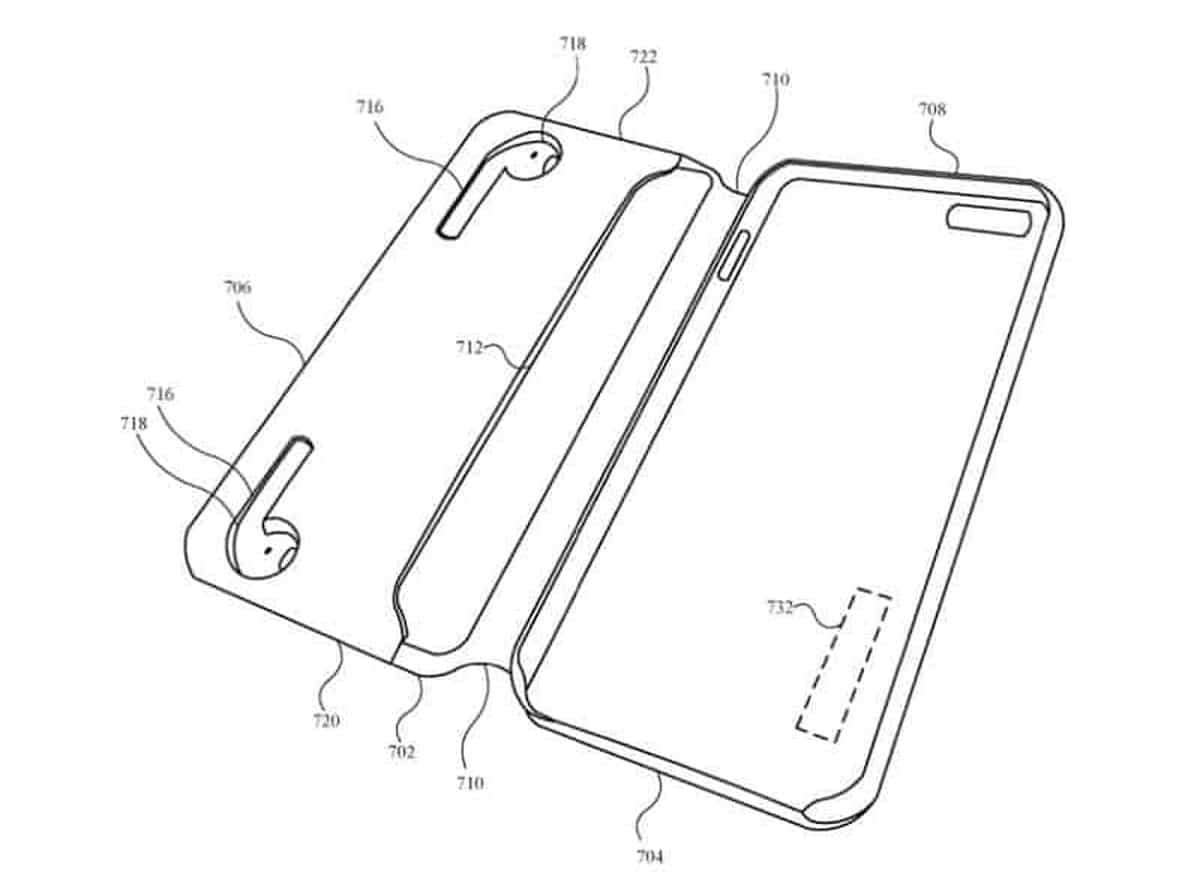 Of course, this is only a patent and for the moment, there is no indication that Apple will ever release a product of this type. But its existence informs us, however, that the brand is considering such a possibility and seeks to offer a new way for users to carry their AirPods. Apple is not a precursor on this point, since in July 2020, Xiaomi had filed a patent in this direction. The big difference was that the headphones were stored directly in the body of the smartphone without the need for a shell.

Apple has long done minimum service when it comes to accessories. However the trend is for change for a while. The proof is the MagSafe technology unveiled with the iPhone 12, which allows a convergence between accessories and smartphones. We could therefore expect to see Apple branded accessories multiply in the near future, until why not see such a case dedicated to AirPods arriving in stores. And you, do you think this idea is interesting? Tell us in the comments !