The war. War never dies. In 1997, Black Isle Studios offered players the first installment in the Fallout saga. A PC RPG (role-playing game) in a post-apocalypse universe resulting from a nuclear bombardment on October 23, 2077 that decimated most of the planet.

One of Fallout’s main strengths is its very sophisticated universe. Depending on the opus, the action takes place in the XXII and XXIII centuries. The games take on a unique retro-futuristic style with a plethora of items and weapons worthy of the best sci-fi movies. We find a graphic style influenced by the post-war culture of 1950s America.

Since 1997, the Fallout saga has been taken over by Bethesda Softworks and they are no less than nine games that have been released on PC, Mac, consoles and smartphones.

How would the world have evolved if the Cold War had lasted another fifty years? This is the starting point for the Fallout license. Everything starts from this historical point of divergence where the conflict between the United States and the USSR continued until the years 2040/2050.

From 2060, the Earth lacks resources and the conflict escalates. The USSR loses the cold war and collapses. The USA colonizes Canada. The People’s Republic of China attacks Alaska. A new World War breaks out.

At the same time, an American company emerges: Vault-Tec. The latter specializes in the creation of atomic shelters with the aim of saving the population in the event of a nuclear disaster.

© Bethesda Softworks / Vault-Boy, the emblem of Vault-Tec and icon of the Fallout saga

Long before the nuclear war, Vault-Tec began to populate its shelters. The idea is to make the highest bidders believe that they are privileged. That they have the chance, thanks to Vault-Tech to survive, that it is better to be born, live and die in shelters. This manipulation aims to bring together diverse individuals and to carry out numerous social and scientific experiments in order to better define the society of tomorrow.

With Vault-Tec, gamers discover Vault-Boy, the emblem of the company. This blond character with his shelter outfit will become iconic and will be known in the video game even by players who do not know the universe of Fallout. This central protagonist appears in all the opuses of the saga. He is the face of Vault-Tec and serves as a guide to survivors, teaching them many tips for surviving within the Vault, but also outside! It is important to specify that Vault-Boy is represented only in videos or photos and that it does not exist in real life.

How did Fallout become a cult license?

From the release of the first opus in 1997, the Fallout license seduced players. The game is set in 2161, 84 years after the nuclear disaster. The player plays an inhabitant of Vault 13 who is the first “lucky” to be selected to discover the outside world.

Immediately, we realize that the title has all the codes to become a cult license for video games. The player evolves in a devastated world where no one can be trusted. The few towns and villages that exist are made of salvaged goods and are often unsafe. The threat is omnipresent. The world has returned to the Stone Age with virtually non-existent technology (except for weapons).

Many locations are still radioactive, so the player should pay attention to their radiation level. From the first minutes, we are immersed in a realistic world that will immediately mark us. We have only one desire: start our journey in this fascinating world, survive and build a new civilization.

The universe and the atmosphere of the games are incredible and manage to grab the players. There are many possibilities making the immersion very realistic. We take pleasure in evolving in this world, surviving, discovering unusual places and surprising communities that are trying to rebuild themselves all over America. The universe of Fallout is so addicting that we find ourselves walking for hours to explore the map, places and socializing rather than following the classic plot.

After a few years of rest, it is in 2008 that the saga will make its big comeback, with an opus that marks a major turning point. After the bankruptcy of Interplay and the dissolution of Black Isle Studios, it is now Bethesda Softworks that owns the license and develops Fallout 3. The game abandons the top view in isometric 3D to offer players a true 3D view in first person, thanks to the engine of The Elder Scrolls IV: Oblivion.

Fallout then becomes a phenomenon, a must for RPG fans. Against a background of black humor, the title offers exciting quests with a lot of writing work in which players can spend many hours. Main missions through secondary missions full of second degrees, with certain tendentious passages, Fallout is a mature game that offers a rather unusual journey.

Each Fallout is entitled to its share of outstanding protagonists. Whether they are humans, animals or even robots, the inhabitants of the Wastelands are a great strength of the universe.

The success of the series is reaching new heights. So, logically, Bethesda Game Studios announced in 2020 a partnership with Amazon for port the Fallout TV series license to the Prime Video streaming platform. A good opportunity to introduce this cult universe to new people who are not used to playing video games, but who will undoubtedly be captivated by the universe of the saga.

In 2018, Bethesda is releasing Fallout 76. This time the idea is tounite online players to rebuild America. Like The Elder Scrolls Online, the game offers the entire Fallout universe, but in multiplayer. Unfortunately, the first few months will be quite complicated with bugs in the game making the experience quite unpleasant. Many early fans very attached to the “solo” side of the saga will not be immediately won over.

After a difficult period, Bethesda Game Studio is not giving up and will be very responsive to the community. The studio will offer many free updates to correct the issues, but also new content requested by players. 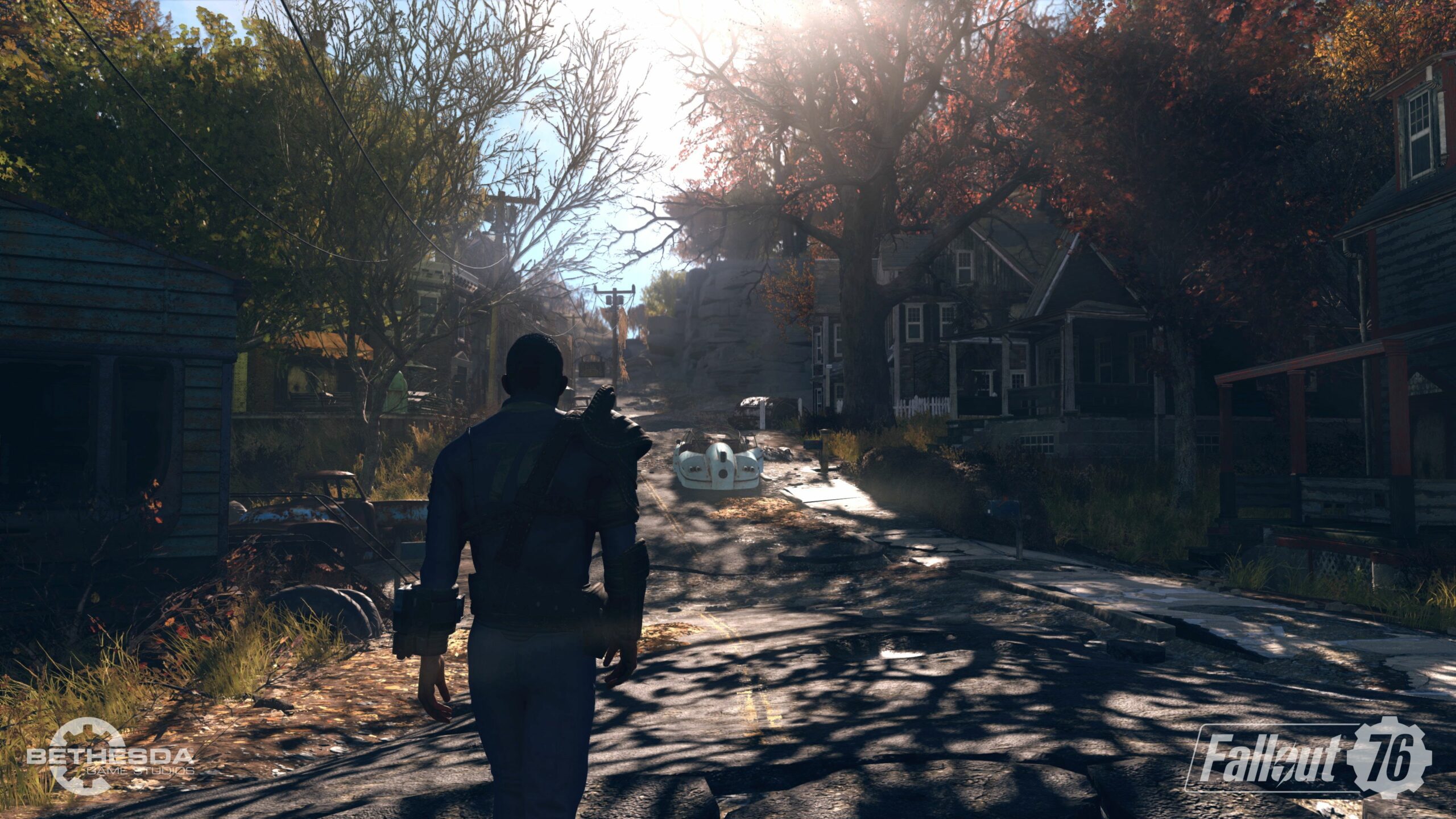 To date, Bethesda has released seven big updates since the game was released in November 2018. The objective was to correct bugs, readjust certain rules and injustices compared to PVP (player versus player) to provide a more pleasant and less frustrating experience.

With Wastelanders, the third update available since April 2020, the studio has integrated NPCs (non-playable characters) allowing players to have fun on their own. Connection to the internet remains mandatory, however, but players can chain together single-handed quests and make their adventure as if they were playing a new Fallout installment. It is still advisable to surround yourself well for some missions which will be complicated even if you have a good level! In desolate lands too, mutual assistance will always be a plus to move forward! 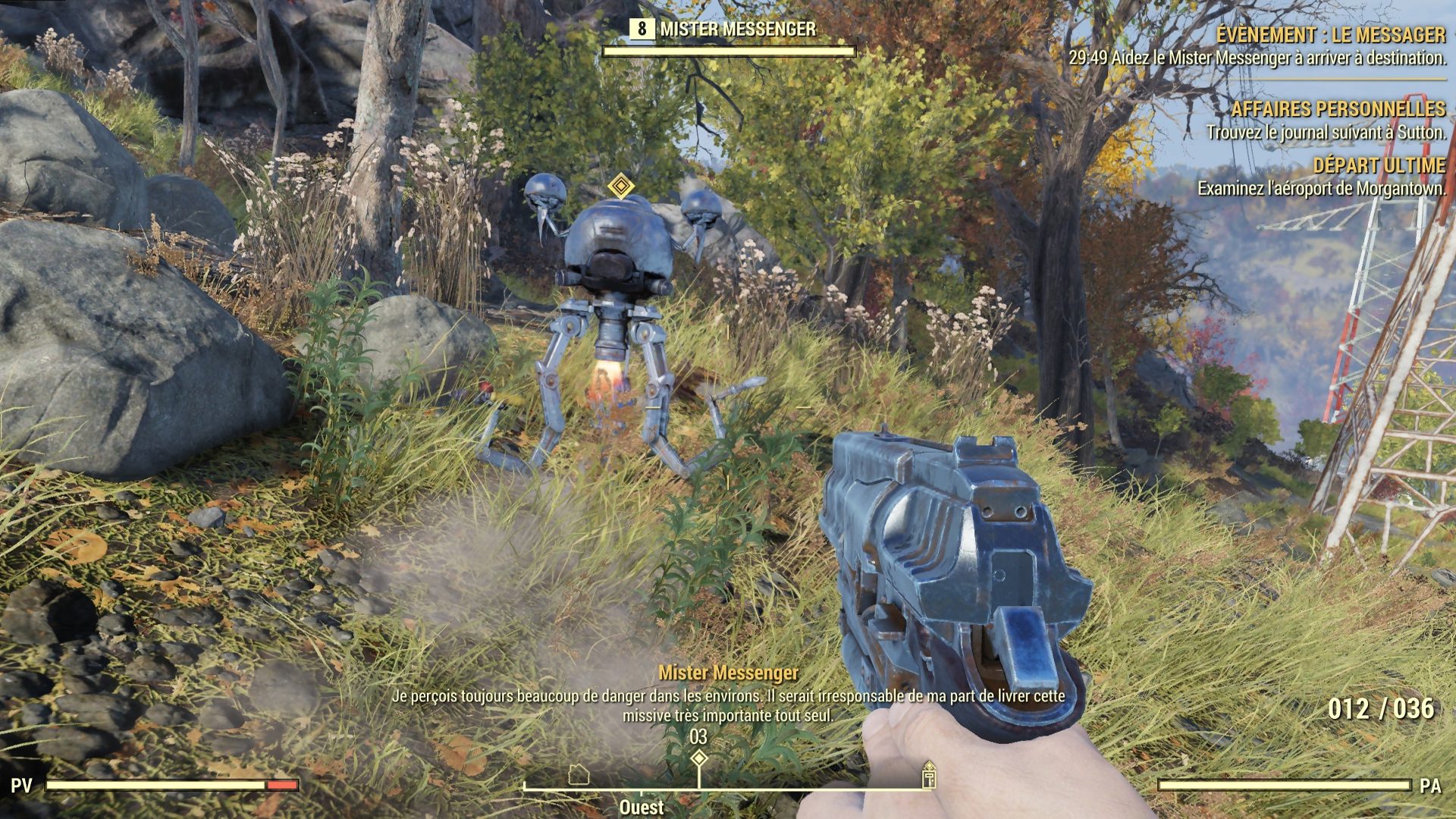 Today, Fallout 76 and Bethesda have managed to meet the expectations of players and offer a stable game, allowing to play alone or with others. The adventure is far from over. The publisher enriches the game with new content and features every year. This year is no exception to the rule, with the arrival of “Reign of Steel” (summer 2021), “The worlds change” (fall 2021) and “Tales of the firmament” (winter 2021).

Thanks to the many updates released since the game’s launch, Fallout 76 is without a doubt the most complete opus of the saga allowing us to fully immerse ourselves in the atmosphere and the universe of the license. Whether it is with the different places to visit, the weapons, or the bestiary, any Fallout fan should be under the spell and find everything that made the license so successful.

If you are not yet familiar with this cult license, Fallout 76 is the perfect entry point into this rich and immersive universe.

release date, multiplayer, battle royale, everything you need to know about Call of Duty’s new rival

Play Fallout 76 for free for a week!

Full involvement in video games and a lot to come