Tonight is the launch of the Summer Game Fest. This is a two month festival to celebrate the video game industry. You will find announcements, conferences, evenings in LIVES, information or even gameplay around the next games to come on PC and consoles in the months and years to come.

Tonight is the opening ceremony, presented by Geoff Keighley which will start at 8 p.m. PDT and last two hours. During this evening, more than 30 games will be shown, including a dozen in “World Premieres”. You will be able to discover all this minute by minute in this article to be sure not to miss anything!

TODAY IS THE DAY!

What can we expect from this opening ceremony of the Summer Game Fest? Just a few hours from the launch, the famous creator Hideo Kojima (Metal Gear Solid, Death Stranding) has confirmed his presence, enough to feed many hopes around a PS5 version of Death Stranding or the announcement of a new game.

Absent from E3, Sony / PlayStation is an official partner of the Summer Game Fest, so we can hope to discover a new preview of Horizon Forbidden West, a launch trailer for Ratchet & Clank Rift Apart or even a little surprise!

Present to close E3 on June 15, we can believe an announcement of the Switch Pro to allow third-party publishers to show their Switch Pro games tonight and in the days to come during E3 on Nintendo’s side!

After many announcements this afternoon, could Xbox do a surprise or two tonight to put pressure on them while they wait for their Sunday night conference? Knowing Phil Spencer’s teams, anything is possible!

To discover our expectations of this ceremony, do not hesitate to read or re-read our special file at this address!

8 p.m. – Beginning of the evening with an introduction by Geoff Keighley.

8:03 p.m. – It starts directly with a “World Premier” and the next game from Gearbox Software (Borderlands) and 2K Games with Tiny Tina’s Wonderlands. The game is scheduled for release in early 2022. 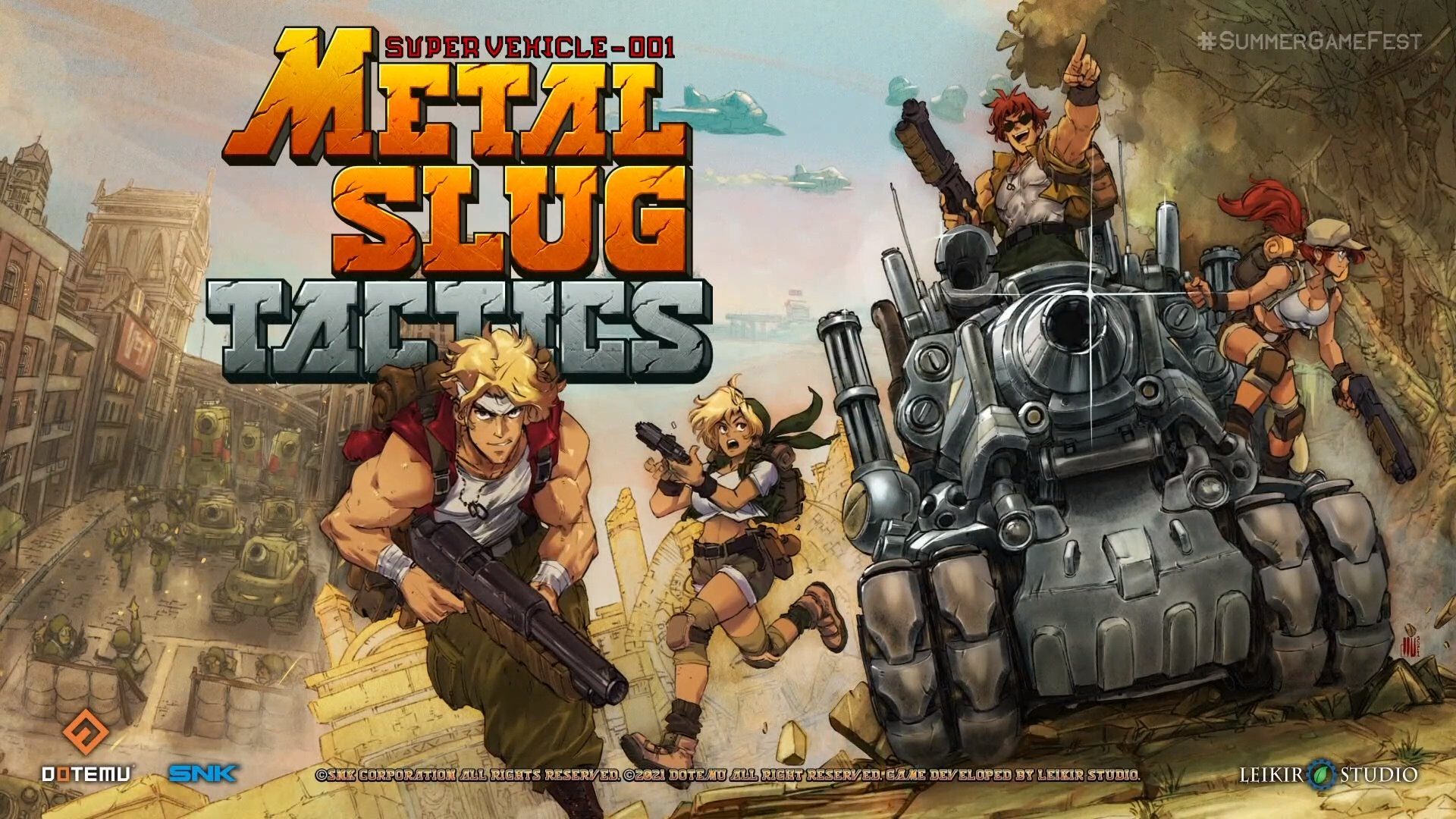 8:08 p.m. – It’s time to discover a little interview between G.Keighley and Hideo Kojima!

8:12 p.m. – After a few minutes of discussions, Hideo Kojima has one “last thing” to show! Death Stranding is revealed on PS5! This is the Director’s Cut version which will arrive later on PS5!

8:15 p.m. – It’s the arrival of Jeff Goldblum not to mention “World Premier”! Without big surprises, it is to unveil a Jurassic Park game. Graphically, this looks very impressive for Jurassic Park Evolution 2 which is expected to arrive later this year.

8:19 p.m. – Now it’s time for a live performance by Japanese Breakfast for the game Sable.

8:22 p.m. – Now place for a presentation of the game Lostark. A new RPG expected for this year by Amazon Games Studios.

8:25 p.m. – Make way for the small publicity for Prime Gaming which is, we recall, official sponsor of the event. Every month, games are offered to Amazon Prime subscribers.

8:29 p.m. – The Call of Duty part continues with the Warzone World Series on June 22 and 23, 2021. Several influencers and major players will participate in this special event such as Swagg, Nadeshot or Aydan.

8:30 p.m. – Surprise arrival of actor Ryan Reynolds. After a little joke on the highly anticipated Elden Ring, he premieres a trailer for his next game (quite inspired by GTA Online): Free Guys.

8:33 p.m. – New announcement around Among Us! A new update is coming with a new game mode (hide and seek), new roles, new colors and cosmetics and five maps in development!

8:35 p.m. – Now for a little speech from Shuhei Yoshida, director of independent games at PlayStation. The opportunity to discover the trailer for a new 2D game that will offer local and online cooperation for two players. This is Salt and Sacrifice, the sequel to Salt & Sanctuary which will arrive in 2022.

8:41 p.m. – A very short teasing from Valorant is broadcast, to announce a new agent without further information.

8:42 p.m. – Now it’s time for a new World Premier with a trailer for the new FPS Escape From Tarkov area.

8:45 p.m. – Now it’s time for the new game from the creators of Two Point Hospital with the announcement of Two Point Campus for 2022!

8:46 p.m. – Now it’s time for a teasing of the next Summer Game Fest conferences including Netflix’s Geeked Week.

8:48 p.m. – Announcement of the crossover between Stranger Things and the game Smite. A first trailer inspired by the first two seasons of the Netflix series. An update available on July 13th.

8:54 p.m. – Announcement of the new Rocket League DLC in the colors of the famous Fast & Furious franchise.

8:56 p.m. – Announcement of a new trailer for Bloodhunt (Vampire: The Masquerade).

9:00 p.m. – Make way for a new preview of The Dark Pictures: House of Ashes. Through this new trailer, Namco reveals the release date (October 22, 2021) and reveals the different editions of its horror narrative game.

9:03 p.m. – Announcement in the wake of the game “The Little Prince” for Nintendo Switch, which is scheduled for release on June 29.

9:04 p.m. – Now it’s time for a preview of the Planet of Lana game which will arrive on Xbox and PC in 2022. The artistic direction is just sublime!

9:06 p.m. – Now it’s time for… Overwatch 2! Unfortunately, no new trailer (yet). Just a few details and a look at the new emotes for future fighters.

9:09 p.m. – New preview of the new Dungeon & Dragons update which is expected at the end of the month. The opportunity to see Geoff Keighley and his friends play the game.

9:12 p.m. – New “world premiere” with a Nintendo Switch game. This is Monster Hunter Stories 2 which will be available on July 9 with a special edition and three amibos!

9:18 p.m. – Now it’s time for a new presentation of Endless Dungeon that we saw at the Game Awards.

9:23 p.m. – Actor Giancarlo Esposito (Breaking Bad, The Mandalorian) is present to talk about his role as dictator Anton Castillo in FarCry 6. The opportunity to discover some images from the game.

9:27 p.m. – The founders of Deviation Games, a new development studio, are on stage alongside Geoff Keighley. The opportunity to discover the team that becomes an official partner of PlayStation Studios.

9:31 p.m. – Make way for a new LIVE performance by a symphony orchestra that will revisit the best music of Sonic Unleashed.

9:34 p.m. – Small reminder for Back 4 Blood which will have the right to a presentation on Sunday. We still discover a new trailer for the game which is expected on October 12, 2021. A public beta will be launched on August 5!

9:35 p.m. – Here is a new preview of Tunic, a highly anticipated Microsoft (PC / Xbox) game that was announced at E3 2017. A new demo is expected to arrive next week on Xbox.

9:39 p.m. – Now room for a new gameplay preview of Evil Dead. The game is still slated for release this year.

9:42 p.m. – “Now it’s time for the grand finale”. Geoff Keighley wakes everyone up for the end of Summer Game Fest.

9:46 p.m. – This is the end of this opening ceremony of the Summer Game Fest! Thanks everyone!

13 hours ago Tesla presents its new Model S Plaid tonight (but already, a problem) See you at 7 p.m. in California and 4 a.m. in France.

The Xbox Series X is back in stock at Fnac (soon)

Xbox Design Lab, you can create the Xbox Series X controller of your dreams!

On Android, you no longer need to install Stadia to play