The iPhone 12 is the victim of a bug. From testimonials, the OLED screen sometimes flashes green or gray. Realizing the problem, Apple decided to launch an investigation. The firm visibly hopes to correct the situation with a future update of iOS. A similar flaw appeared last year on the iPhone 11s. 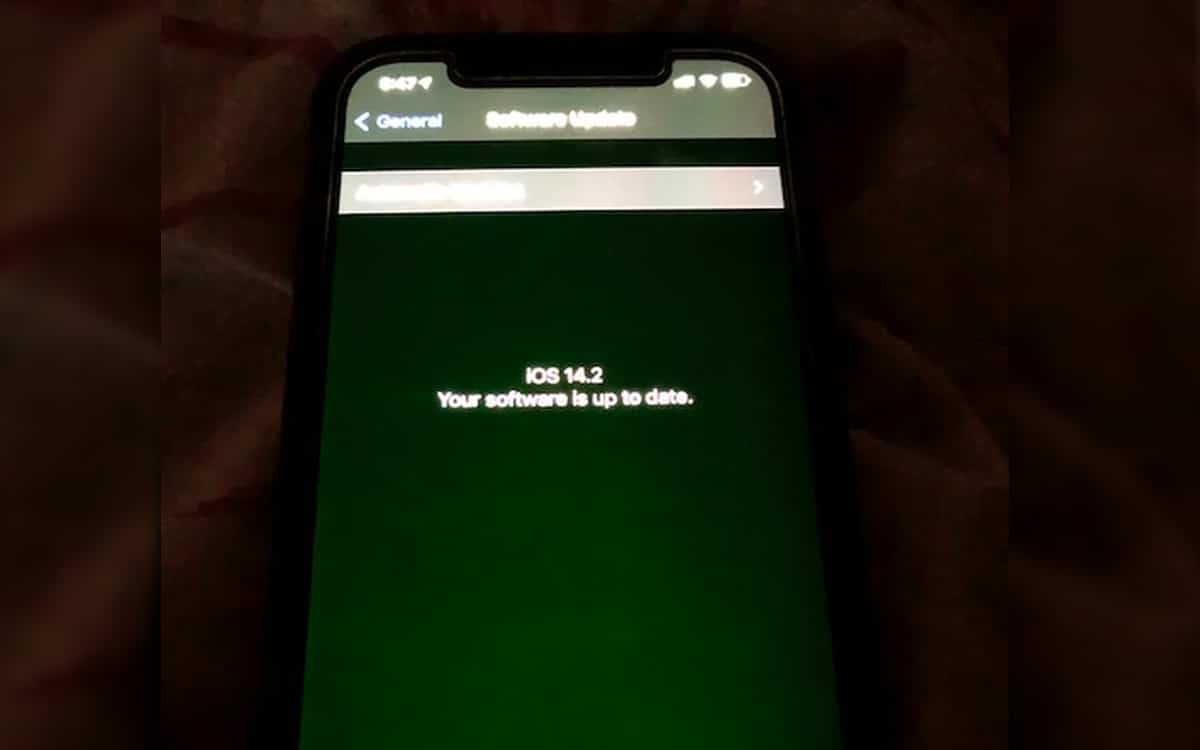 On the official Apple forum, there are several testimonials from users who have encountered problems with the screen of their iPhone 12, iPhone 12 Mini, iPhone 12 Pro or iPhone 12 Pro Max. “I bought two iPhone 12s and both have the same problem. In a dark environment with a brightness lower than 90-100%, the screen will flash bright green ” testifies a buyer.

Most users mention a green or grayish glow emanating from the screen. Obviously, the bug only appears when the screen brightness is set to its lowest level. This is an intermittent malfunction, which most of the time goes away after a few minutes of use.

On the same topic: a bug prevents iPhone 12s from receiving text messages from Android smartphones

Apple hopes to fix the bug with an iOS update

Apple is obviously aware of the problem. In an internal note relayed by our colleagues at MacRumors, the Californian giant asks Apple Store technicians to do not automatically replace iPhone 12 whose screen flashes green or gray. Instead, they should ask aggrieved customers to update their iPhone.

Apple is obviously looking to correct the problem with an iOS update. Indeed, the iPhone 12 came out under iOS 14.1. Since the launch, the Cupertino company has deployed the iOS 14.2 update. Unfortunately, some of the users who encountered bugs with the screen had already installed this latest update. Others even installed the beta of iOS 14.3. Either way, this is a software issue. Apple should therefore not delay in proposing a fix.

Apple experienced a similar issue last year on the iPhone 11, 11 Pro, and 11 Pro Max. Apple was able to fix the bug with an iOS update a few weeks after the first testimonials. Have you encountered similar concerns on your iPhone? We await your opinion in the comments below.

How to share your games with your friends on PS5?

We know more about the new features of iOS 14