The iPhone 13 Pro continue to unveil itself. Several months before the keynote, a talented designer published renderings offering a preview of the design of future high-end iPhones. As expected, Apple would have done well in reducing the width of the notch. We also discover a TouchID fingerprint reader under the screen in addition to Face ID. 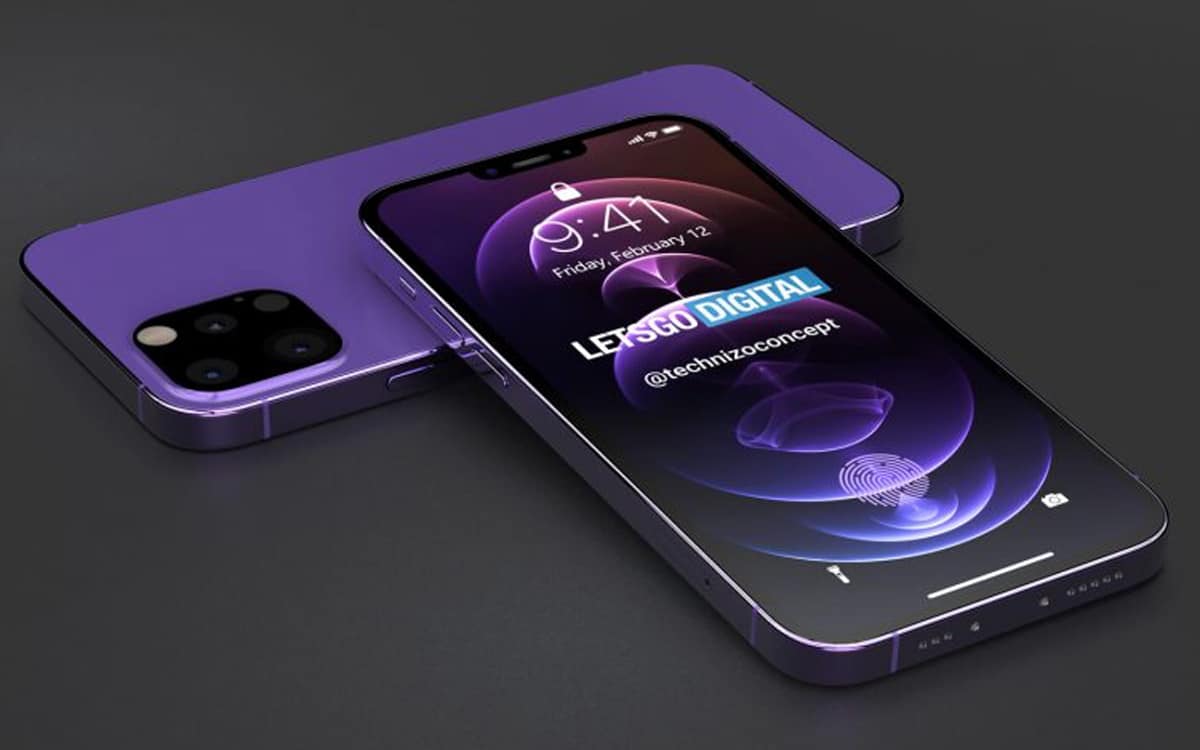 Based on the latest leaks on the web, the Technizo Concept graphic designer has produced sublime renderings showing the design of the iPhone 13 Pro in partnership with LetsGoDigital. First of all, note that the new iPhones inherit the flat edges of the iPhone 12. Last year, Apple played the nostalgia card by recycling this flagship visual element of the design of old iPhones.

On the renderings, we can see a notch more discreet than that of the iPhone 12. According to several sources, Apple has found a way to reduce the size of the components essential to the functioning of Face ID. These TrueDepth sensors, housed in the notch, will therefore take up less space. De facto, the notch will be narrower. On the other hand, it keeps the same height as before. Note that there are rumors that Apple will go even further by removing the notch completely.

On the same subject: Apple would bet on a 240 Hz screen for the iPhone 13, a first on a smartphone

No Lightning port for the iPhone 13 Pro?

Then, we will note the presence ofa Touch ID fingerprint reader hidden under the touch screen. While mouth masks are mandatory in many countries, Apple has reportedly decided to add a fingerprint reader in addition to Face ID facial recognition. This sensor technology is currently under development at Apple. On the renderings, the revised Touch ID is accessible on the lower part of the panel, as with the Android competition.

Finally, the focus video shows an iPhone 13 Pro without a Lightning port. It is rumored that Apple would launch an iPhone 13 model devoid of any charging port. To charge the smartphone, users will have to turn to wireless induction charging or magnetic charging via MagSafe.

To conclude, we remind you that these are still only renderings based on leaks. Apple still has several months to undo, add or change certain design elements. Mass production of the iPhone 13 will not begin until around next summer. Ultimately, the iPhone 13 which will be unveiled in September 2021 could move away from the terminals seen in the renderings.

an ambitious and captivating geopolitical simulation

Developer banned from Steam for his nickname deemed “misleading”

iOS 15: which iPhones will no longer be compatible?

How to scan a document on iPhone?

iPhone: 5 tips to simplify your life