During WWDC 2021 (our full rundown), Apple officially presented the latest version of its smartwatch operating system. This includes a redesign of the Breathe app, which is now called Mindfulness. Or literally “Pleine conscience” in French, the official translation of this title having even been confirmed by the developer. 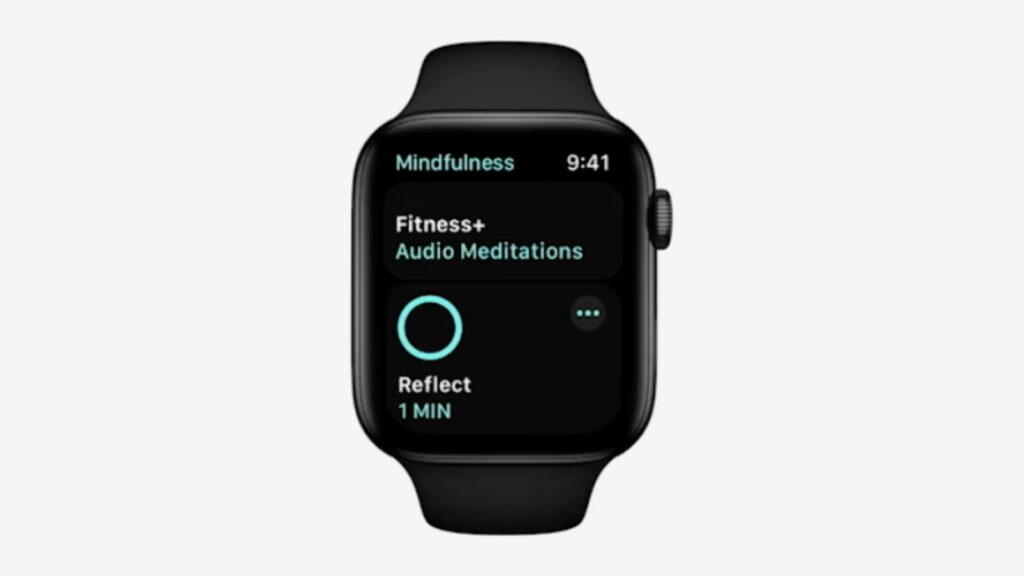 And precisely, Internet users who recently consulted the various media made available by Apple after its event have just seen a screenshot of their wearable where we can clearly read “audio meditations“. There is therefore almost no doubt that this practice will soon be offered in watchOS, then overshadowing other platforms such as Headspace.

The image having since been removed from the visuals because it was probably unveiled by mistake, we do not know more at the moment. But it’s easy to assume that Apple will offer quick feel-good recordings that last just a few minutes. Looking at Headspace elsewhere, we see that the service is quite similar to what seems in the boxes of the Apple:

As often, it is likely that the various contents offered by Apple will be created here in partnership with experts in the sector. We had thus been able to see renowned sports coaches during the design of the Fitness + video courses, which for their part are not yet accessible in France. Mindfulness, on the other hand, should not cost more: perhaps France will be able to benefit from it at the same time as everyone else.

A few more weeks to wait

Either way, the Mindfulness app as presented by Apple will probably not be available to the general public until the fall. Indeed, the publisher reserves for the moment the first tests to the members of its beta program. The operation is the same after each Worldwide Developer Conference: it is first of all to identify a maximum of possible bugs before proposing a more stable version to the market.

The Apple Watch Series 6 is the manufacturer’s most successful connected watch, sold for 429 euros or more depending on the configuration chosen.

What to remember from the Ubisoft Forward of E3 2021?

iOS 14.7 causes an annoying bug for the Apple Watch

Can the Apple Watch detect long forms of Covid?